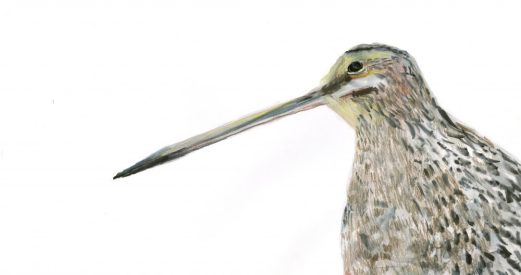 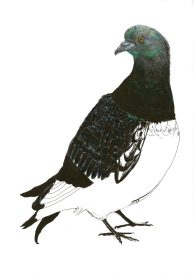 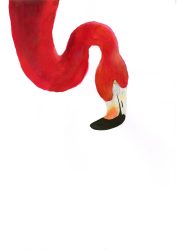 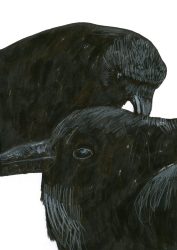 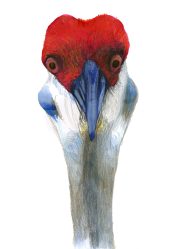 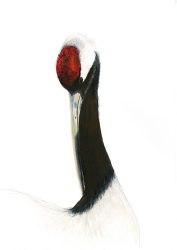 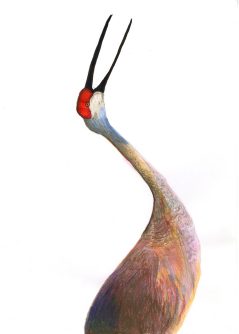 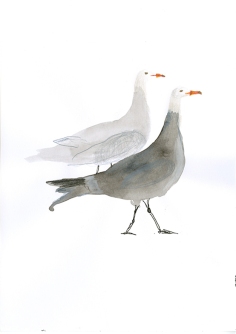 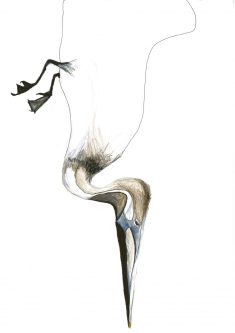 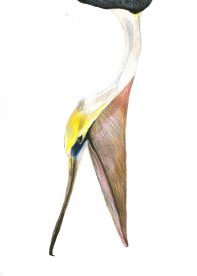 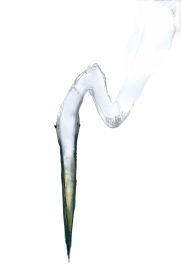 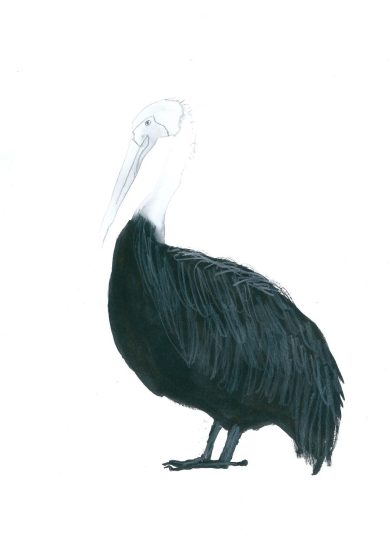 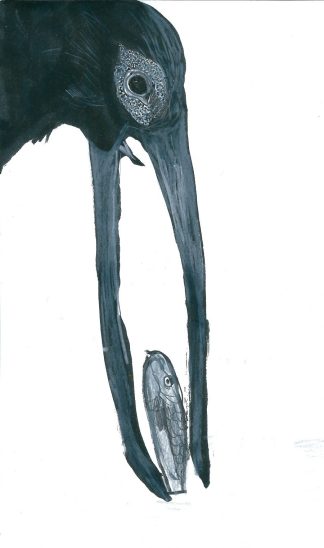 “Luca van Boeckel takes a few steps back from the everyday hustle and bustle. On the wall below her bird paintings, she quotes Chinese sage Quinyuan (1252) who said that only after much practice one can see the mountain in a mountain or the river in a river. Van Boeckel looks intently at birds and she paints them with watercolor on thick paper. With chalk and pencil she also scratches through the paint until the creature acquires its character.  The great tit that she portrayed vertically and in close up, is beautifully rendered. The black rook with its blue beak is a mysterious appearance, on a big sheet of paper that has been left empty for the most part. When her crows open their beaks, one can hear their harsh cawing. Luca van Boeckel is even able to paint a dull city pigeon in a such way that it is a treat to see.”

Pictures at an exhibition…